Trans-Pacific Yacht Race for 2019 had been the twenty-third consecutive race for Roy P. Disney’s owner, Pyewacket; this had been a special race for him. This had been the fiftieth anniversary of this popular race with ninety yachts competing in it. On the 13th of July, they had left Long Beach deck with the hope and aspiration to make it to the top. The missing of this year is going to be of a higher calling. 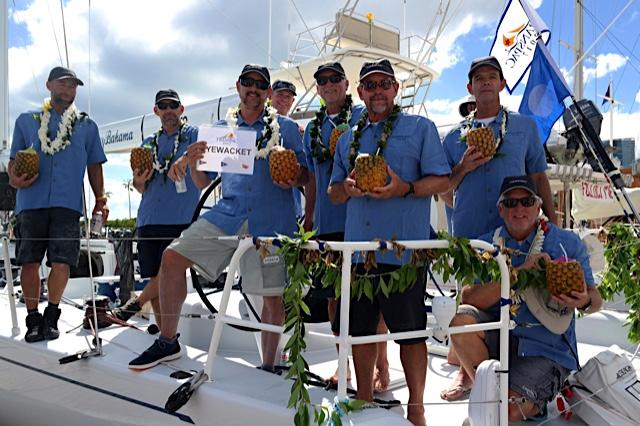 Following a slow starting day, the light fighting Catalina Eddy’s southeasterly winds, they finally received the gradient winds northeasterly at around 15 hours on Sunday. They started speeding at 12 knots on heading of 220.

With moon rising and night falling on a cloudless sky, the wind speed increased to 18 to 20 knots. Moreover, the speed of the boat increased to almost 15 knots. They had been sailing with reefed mainsail, Blast Reached, and Genoa Staysail as they passed Monday’s early hours.

On July 15th Monday, at 1 hour 55 minutes, the distress call had been made to the United States Coast Guard by Santa Cruz 70 OEX at channel 16. Ben Mitchell, the Andrews 70 Pyewacket, onboard had been getting ready for his own watch. He heard the call and had asked Tom Addis, the navigator to check the location of OEX. They found out that the sinking yacht had been only 3 miles and directly ahead of them.

Within an instant and without any kind of hesitation, their mindset had been shifted from the complete race to the complete rescue. At a boat speed of 15 knots, the target is going to be only twelve minutes ahead. It had been dark and quite windy. A lot of work had to be done. A flare had been put up and they could notice strobes from the life rafts that contain fellow competitors.