In the Extreme Sailing Series there are seven international teams that are competing. 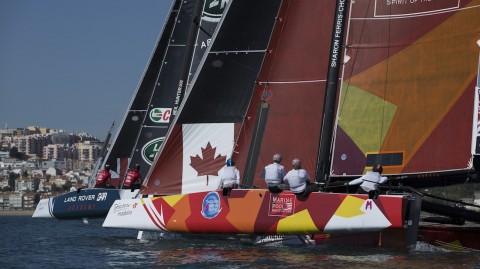 A wild card entry has come in to represent America known as Vega Racing. This team would be competing in the Act 6 of the series taking part in the Madeira Islands. The fleet will come in with GC32s which work on the hydro foiling technique. The team would debut between the days 22nd to 25th September on the waters of these Portuguese islands.

Vega Racing comes in with Brad Funk as the skipper and team principal. The team would be taking part of the first two acts in this race. Funk is known to be an accomplished sailor who has been part of the US Sailing team from the age of 17. He has represented his country in 49er class as well as in the Laser class. This kind of background definitely will help him line up against the best of the sailing teams in one week. He feels that being able to be part of the Extreme Sailing Series is akin to having one’s dream come true. The goal of the team is to be able to develop their skills which can help them perform in 2017 and bring on board a team of Americans.

The wild card entry is being used to gain experience which will help in their long term strategy. It will also show the fans how exciting can this type of sailing are. The venue is new is a plus point for everyone.

For this competition the American team comprises of sailors from Portugal as well as the UK. They would be bringing forth a lot of experience and that will help the captain to learn how to use the boat. Fresh from Rio there would be Nick Thompson, who comes in as a tactician and will be boosting the credentials of the team.